Homeboy Sandman, the 6’5…yes 6’5, rapper currently residing in the planet of Brooklyn could quite possibly be your favorite rappers favorite rapper. The former unsigned hype alum has released his latest album “Kindness for Weakness” on the Stones Throw imprint and it easily garners appointment on any top ten releases in hip-hop/music list for 2016. Currently on tour out in the left coast, the west coast, Santa Cruz to be specific, with other wordsmiths like Rob Sonic and Aesop Rock he continues to attract notoriety from his peers and those that can appreciate the finer things in this thing called hip-hop. After a couple failed attempts I was finally able to speak with Homeboy, but unfortunately  my phone recorder app was acting like a b-otch, so I am resorting to deciphering my notes and my old man memory for the below. No words were harmed in this write-up.

One listen to the album and you will immediately know it is not your basic approach to an album, but really should be the approach to every album. It is not overbearingly laden with guest appearances or mindless tracks used as filler. No, this is a well-constructed, well compiled gathering of music that keeps the listener engaged. Versus are not thrown at you without careful consideration. Rappers have an opportunity to tell you something, something that should be embedded into the vernacular. Homeboy truly feels that you should use it as an opportunity to say something meaningful. Bringing up a conversation he recently had with another lyrical monster, Creature, Homeboy said, “life is too short to be wasting bars”. Another distinctive feature the Boy Sand has is his capability to deliver versus devoid of expletives. “I realized that not cursing would make it easier for tracks to be radio ready”. He definitely has his vocab game on a higher level. I mean how many rappers have you ever heard use the word “gumption” in their raps? 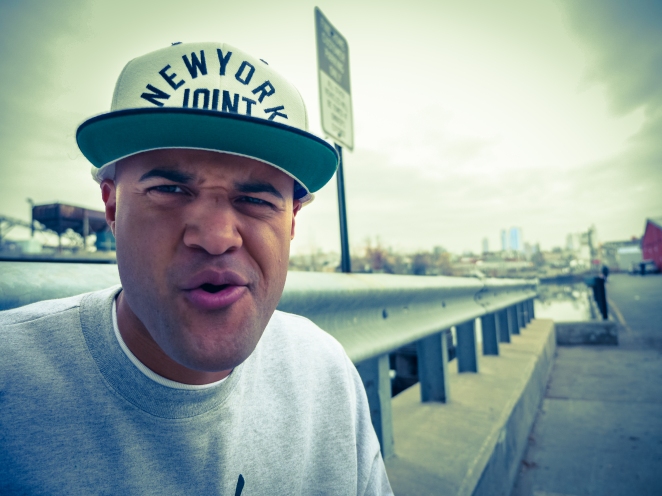 His delivery is laid back, but thorough and has the right amount of braggadocio. I myself am not interested in how much money or material things a dude has but if a dude can keep it real rhyming about a girl he’s been trying to bag I can respect that. Wondering who some of his lyrical heroes were when he was coming up; I wasn’t surprised to hear to who he had in mind. Cats like Black Thought, Big Pun, Eminem, Ghost & GZA to name a few were some the names he mentioned. Further evidence the brother has the right foundation to be in this rap game of thrones. His first purchased hip-hop album? “He’s the DJ, I’m the Rapper“ by DJ Jazzy Jeff & The Fresh Prince on cassette released in 1988. He’s hyped about the album and hopes it hypes you up as well!

“Kindness for Weakness” is out now and available on most formats, except cassette (for now), cop it HERE!!!

Dig In To The Crates…

Error: Twitter did not respond. Please wait a few minutes and refresh this page.